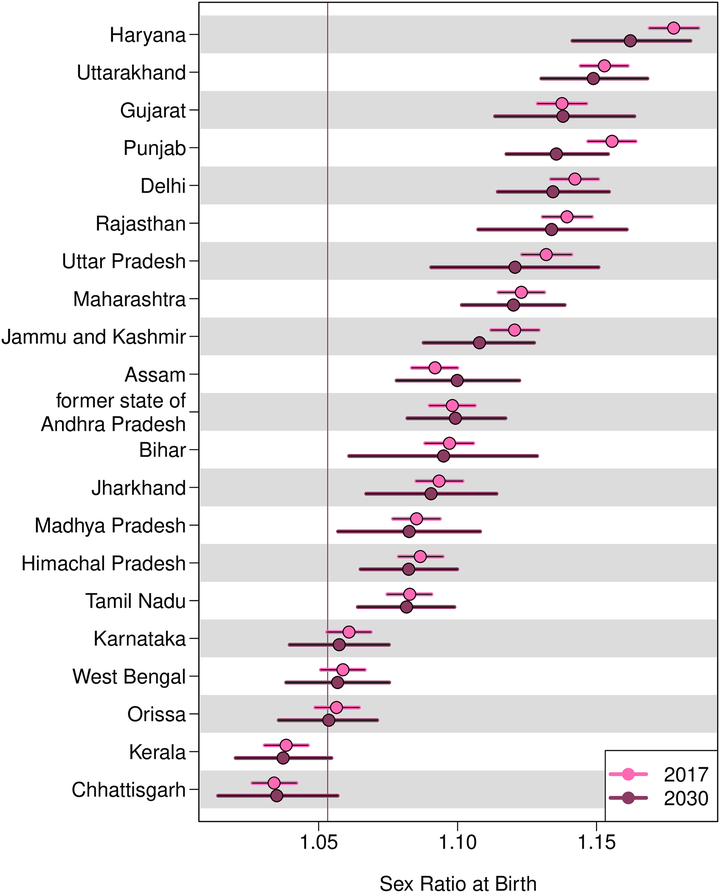 The sex ratio at birth (SRB) in India has been reported to be imbalanced since the 1970s. Previous studies have shown there is a great variation in the SRB between geographic locations across India till 2016. Considering the enormous population and regional heterogeneity of India, producing probabilistic SRB projections at the state level is crucial for policy planning and population projection. In this paper, we implement a Bayesian hierarchical time series model to project the SRB across India by state. We generate SRB probabilistic projections from 2017 to 2030 for 29 States and Union Territories (UTs) in India, and present results for 21 States/UTs with data available from the Sample Registration System. Our analysis takes into account two state-specific factors that contribute to sex-selective abortion in India, resulting in sex imbalances at birth, i.e. the intensity of son preference and fertility squeeze. We project that the highest deficits in female births will occur in Uttar Pradesh, with a cumulative number of missing female births of 2.0 (95% credible interval [1.9; 2.2]) million from 2017 to 2030. The total female birth deficits during 2017–2030 for the whole of India is projected to be 6.8 [6.6; 7.0] million.